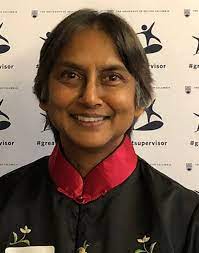 From Guyana to Vancouver, Dr. Janette Bulkan has built a career on protecting indigenous land rights and access to resources. Her involvement with social issues in forestry began after she noticed more and more chainsaws in indigenous communities in her homeland of Guyana. Janette is an assistant professor who teaches Indigenous forestry and community forestry in the Department of Forest Resources Management at the University of British Columbia in Canada. She sees many similarities between the obstacles faced by indigenous groups from her home country and those faced by Canada’s Aboriginal peoples. 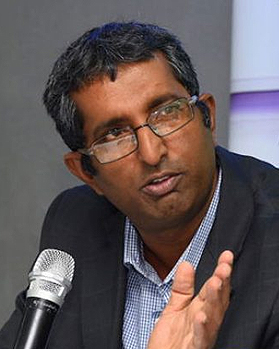 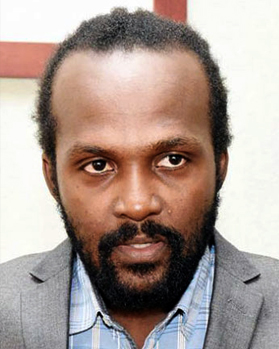 Troy is the Director of Undergraduate Research at the University of Guyana. He holds a PhD (Ghent University) in Comparative Science of Cultures with a focus on survey methodological issues; an MSc Statistics: Quantitative analysis in the social sciences track (University of Leuven); an MSc in Development, Policy and Analysis, a Graduate Diploma in Education (Mathematics) and a BSc Mathematics from the University of Guyana. He is also a graduate of the Cyril Potter College of Education. He teaches mathematics and statistics in the Department of Mathematics, Physics and Statistics and collaborates across faculties to deliver courses such as Biostatistics at the graduate level. Dr Thomas was also the President of Transparency Institute Guyana Inc. which is a chapter in formation of Transparency International. His research focuses on response styles in surveys and he has been engaged in research on technology adoption in education and on social issues including institutional trust and poverty. To a large extent, his work in these areas has focused on measurement and data analysis issues. 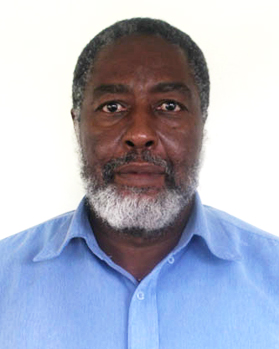 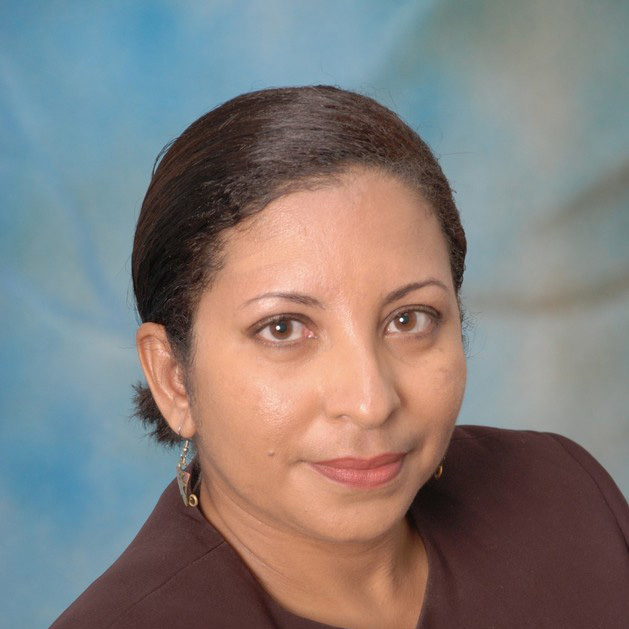 Paloma Mohamed is Professor of behavior and communications at the University of Guyana and an adjunct Professor of Cultural Diplomatics at Trent University . She  is currently  the 11th Vice Chancellor and first woman to lead the University in its 58 year history. She was educated at the University of Guyana, Harvard University (HIES),  the University of the West Indies, St. Augustine.  Her area of specialization is social and behavioral change Recently she has opened up a new area of research in social media and change as well as destructive health behaviors.  She has written and edited 11 books in addition to publishing in several academic journals.  Most recent are Communication, Power and Change in the Caribbean (Hansib, 2012) and Notes on the Media in Guyana (LAP 2014). 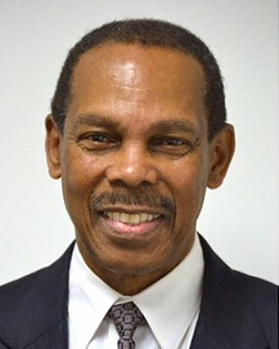 Prof. Greene is a Guyanese national, currently CEO, Global Frontier Development and Advisory Services (GOFAD) a Think Tank, is former UN Secretary General Special Envoy for HIV in the Caribbean 2012-2017. He was previously Assistant Secretary General, Human and Social Development, at the Caribbean Community Secretariat, and Senior Adviser, Public Policy, Health and Human Development, PAHO/WHO. His distinguished academic career at UWI included: Pro Vice Chancellor, Development and Alumni Relations, University Director, Institute of Social and Economic Relations (ISER)and Interim Director, Consortium Graduate School for the Social Sciences in the Caribbean. He has authored 10 books and over 60 articles in refereed journals and is Professor Emeritus of UWI. He holds a B.Sc. in Economics (University of London), MSc Political Economy (Mc Master University) and Ph.D. (University of British Columbia) and held visiting Professorship at UCLA, University of Havana, and University of British Columbia. 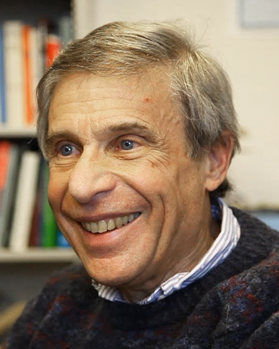 Jay R. Mandle is the W. Bradford Wiley Professor of Economics, Emeritus, at Colgate University, having also taught at the University of Guyana and the University of the West Indies (Cave Hill). He has published and lectured widely on Caribbean Economic Development and the need for the region to respond to the impact of global climate change. He has lectured at Moray House, Georgetown, and he delivered the Inaugural C. Y. Thomas Distinguished Lecture on October 27, 2016. His book length manuscript, The Political Economy of the Anglo-Phone Caribbean is currently under a publisher’s review process. 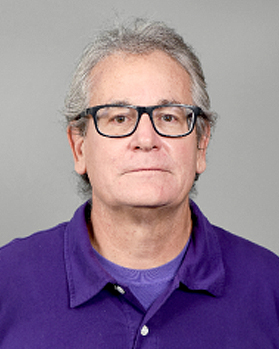 José (born and raised in Puerto Rico) is an urban economist who studies cities and urbanization from a multidisciplinary perspective (his first training was in physics). Dr. Lobo’s research has revolved around understanding the drivers and consequences of urbanization, and how humans have invented and continue to invent. In his work he seeks to build theoretical frameworks that span eras and locations and which generate hypotheses that can be assess with data. He has collaborated with economists, archaeologists, anthropologists, physicists and biologists in developing an “urban science” which can illuminate the connection between urbanization and socioeconomic development. He is based in the School of Sustainability at Arizona State University (the first of its kind in the United States dedicated to exploring the principles of sustainability and developing a science of urban sustainability). Jose teaches undergraduate and graduate courses in quantitative methods, systems thinking, urban sustainability and the role of energy in socioeconomic development. His undergraduate and graduate degrees are from Cornell University. 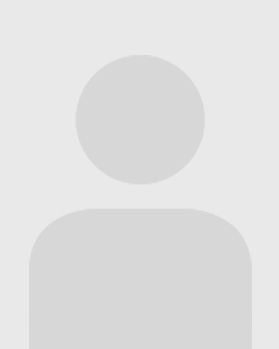 Ralph has done a lot of work on race and politics in multi-ethnic societies. He collaborated with UNRISD for the project Ethnic Structure, Inequality and Governance of the Public Sector (2007), for which he authored a book Trinidad and Tobago: Ethnic Conflict, Inequality, and Public Sector Governance, Palgrave 2007. At the time of his collaboration, Premdas was a Professor of Public Policy at the University of the West Indies, Trinidad and Tobago. He holds PhDs in Political Science (Illinois 1970) and Comparative Religion (McGill1991). He has taught formerly at Universities of Toronto, Canada, University of Papua New Guinea, and California (Berkeley), USA. His research focus is comparative ethnic politics; multi-culturalism and migration. His publications include eighteen monographs and books, and over a hundred refereed articles and book chapters. His recent works are: Identity, Ethnicity and Culture in the Caribbean (2000); Ethnic Conflict and Development: The Case of Guyana (1997). 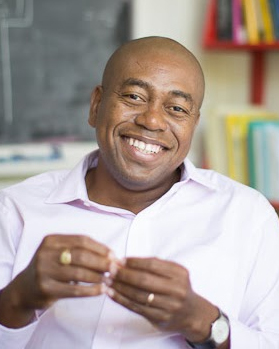 Prof. Blackman is a number theorist and an Assistant Professor in Education Research, Policy & Practice (Mathematics) at University of Denver. His research interests are: aspects of the Jacquet-Langlands correspondence in the Langlands program; diversity in mathematics and science. He holds a BSc in Mathematics (Cum laude, 1991) from Brooklyn College, CUNY, a MPhil (2000) and PhD (2011) degrees in Mathematics from The Graduate School and University Center, CUNY. He is actively engaged in research on pedagogical issues which surround the teaching and learning of mathematics in urban, majority African-American settings. As Program Leader for Legacy Pathways, he utilizes “technology, research, innovative ideas, hands-on learning experiences, and best practices to develop and sustain lifelong learners”. In addition to his appointment at the University of Denver, he is a tenured lecturer in the Department of Mathematics at Medgar Evers College CUNY. Prof. Blackman has also been faculty fellow at The Graduate School and University Center, CUNY; Boston University; and Mount Holyoke College.